Idols and Icons – The Misrepresentation of Hinduism in the Press

There are a number of terms that are applied to Hinduism in the Press, not only in the West but in India itself, which foster a negative image of it. Hindus are routinely called worshippers of idols, polytheists, and various other denigrating stereotypes, which do not reflect any intelligent examination of the religion itself but what is often an intentional campaign of misrepresentation and distortion.

All the religions of the world – with the general exception of Protestant Christians, Muslims and Jews – use some sort of images or statues in their religious worship. Roman Catholic and Greek Orthodox churches abound with statues, paintings and pictures of various types. Hindu, Buddhist, Taoist and Shinto groups use them as well. Native American, African and Asian religions abound with them. The ancient religions of the entire world from Mexico to Greece, Egypt, Babylonia, Persia, India and China used images, as archeology so clearly reveals. The use of images appear as an integral part of human religious practices and no universal religion could be regarded as complete without them. Even many Protestant Christians have pictures of Jesus in their house or church, and Muslims often have pictures of their religious or political leaders, occasionally even depictions of Mohammed.

However, there is a strange dichotomy in how such religious images are judged. When they are part of the Christian tradition they are called icons and classified as works of art and regarded as sacred in nature.  When they are part of non-Christian or pagan traditions they are called “idols,” which is a derogatory term that indicates not the sacred but mere superstition. In the case of native American and
African images, even when done by a culture as advanced as the Mayas of Central America – which built great pyramids and had many great cities – they are lumped along with so-called primitive art.

An image of Christ as the good shepherd is called an icon and viewed with respect. An image of Krishna as the good cow herder – which is a similar image of the Divine as watching over the souls of men – is called an idol, which encourages one to look down on it. This is prejudice and negative stereotyping in language of the worst order.  What Christian would accept calling a depiction of Christ an idol? Would Christian religious leaders approve of it in the press of Christian countries? What Christians in India would accept it?  And would not the government and news media of India change the language in their favor? Yet Hindus routinely accept that depictions of their deities – who represent as high a standard in consciousness and ethical behavior as Christ – are demeaned as idols.  The news media of India does this commonly, which encourages the Western news media to continue in this practice, which is part of their negative depiction of Hinduism.

To call such images as idols implies that those who worship them practice idolatry or take the image itself as a God. This adds yet more prejudice and error to this judgement. The use of an image – whether we call it an icon or an idol – does not imply belief in the reality of the image. That we keep a photograph of our wife and children at our work desk does not mean that we think our wife and children are the photograph. It is a reminder, not a false reality.

Moreover, the use of the term idol inflames the sentiments of anti-idolatry religions like Christianity and Islam, as both the Bible and the Koran, at least in places, instruct their followers to oppose idolaters and smash their temples and images. The use of the term idol in the press, particularly in the Indian press, is thus careless, insensitive, inflammatory, and communal. It should be removed in an effort to promote greater understanding and good will between religious groups. The use of such terms indicates that the news media of India uncritically and unnecessarily uses terms that encourage anti-Hindu attitudes. It is a hold over from the British rule in the intellectual sphere, even though the British have long left the country. What majority community in the world is so unaware of its new media to allow such practices to continue? Yet this issue only reflects many other prejudicial terms like Hindu chauvinism, Hindu fundamentalism, and Hindu militancy which the often anti-Hindu Indian news media frequently uses, while at the same time not using them in regard to Islam and Christianity, even when they are much more appropriate relative to the exclusivistic attitudes and greater intolerance of these belief-oriented religions.

Using such terms as idols, the news media is not fostering communication but promoting discrimination and violence. Such abuse of language should be challenged and replaced wherever it is found, whether relative to Hindus or anyone else.

@hindupact: 12/n It’s been 50 years since the #BangladeshGenocide of 1971. Over the next few weeks we will look at the history of the region and the evolution of Hindu Dharma going back 3 millennia. Today, we will discuss “Prolonged Pogrom” #Bangladesh @VHPANews https://t.co/x3IsvxCjFa 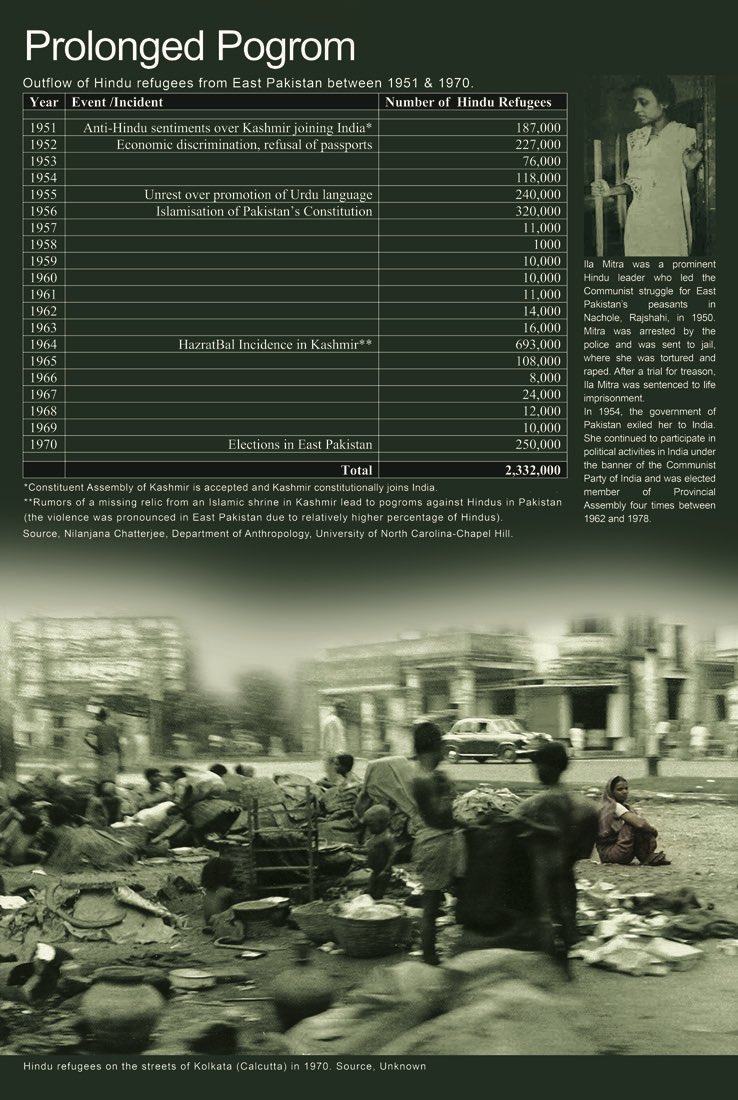 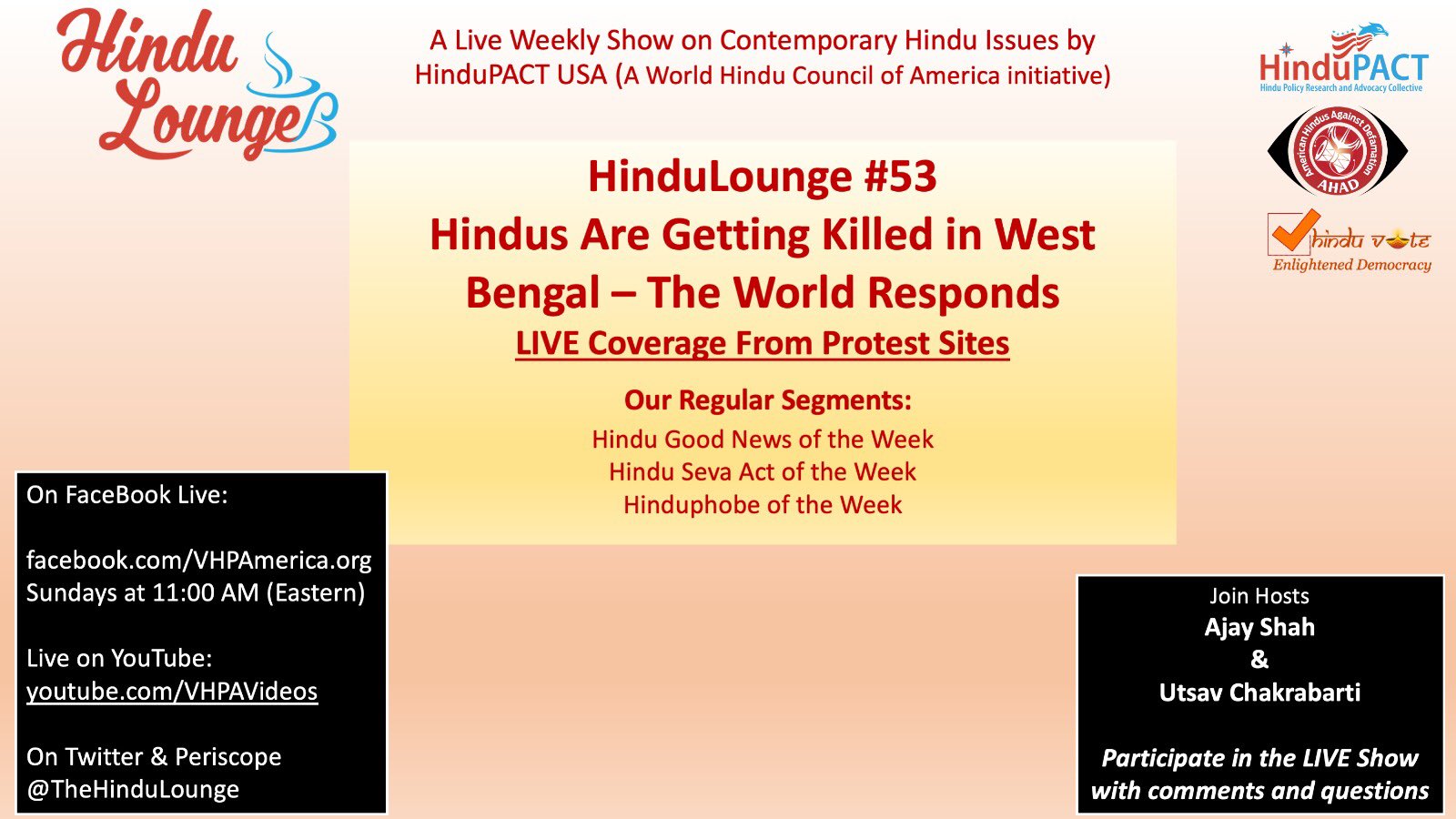 @hindupact: 11/n It’s been 50 years since the #BangladeshGenocide of 1971. Over the next few weeks we will look at the history of the region and the evolution of Hindu Dharma going back 3 millennia. Today, we will discuss “Pakistan to Bangladesh” #Bangladesh @VHPANews https://t.co/rPINt8sMT4